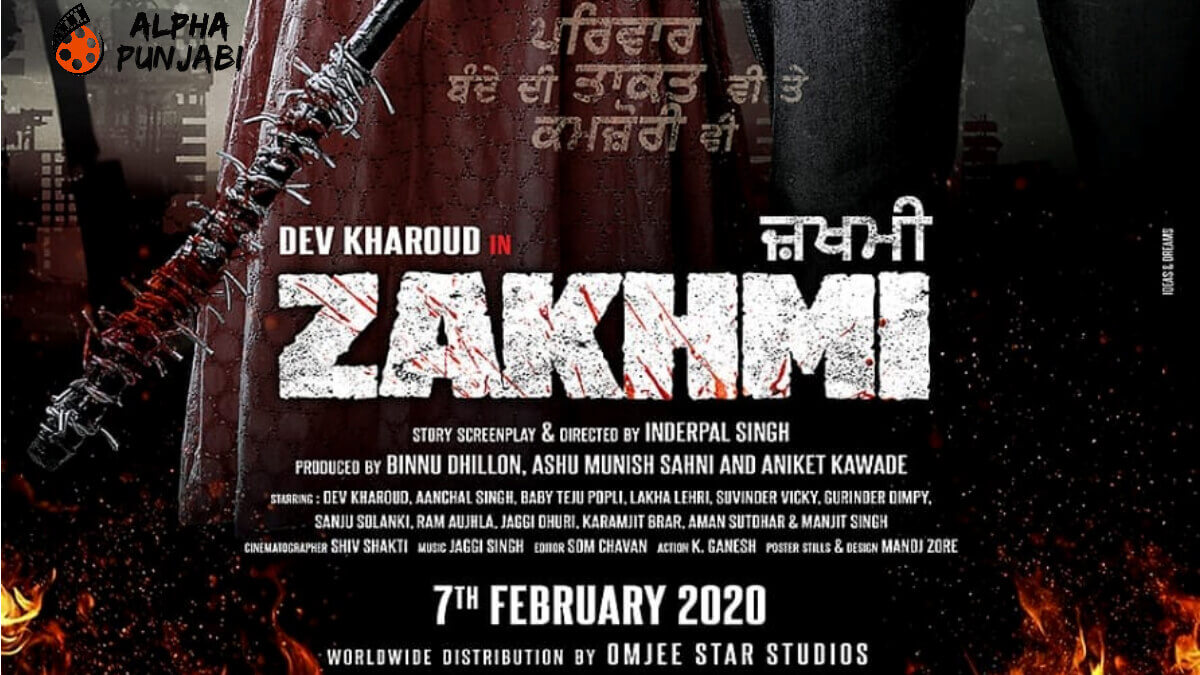 Official trailer of movie is expected within next 10 days. Zakhmi produced by Binnu Dhillon stars Dev Kharoud in lead along with Anchal Singh in female lead and playing pivotal role is child artist Baby Teju Popli. Film is written and directed by Inderpal Singh while D.O.P is Shiv Shakti.

Dev Kharoud had four releases in 2019 with “Kaka Ji”, Blackia, “DSP Dev” and “Naukar Vahuti Da”. He has been doing exceptionally well in emotional/drama movies with some superb performances in Rupinder Gandhi series, Dakuaan Da Munda and latest Blackia.

Teaser release was announced by Binnu Dhillon and Dev Kharoud on social media. Film is majorly focused on importance of family and to what extent person can go to safeguard with tagline “Family is person’s strength and weakness too”