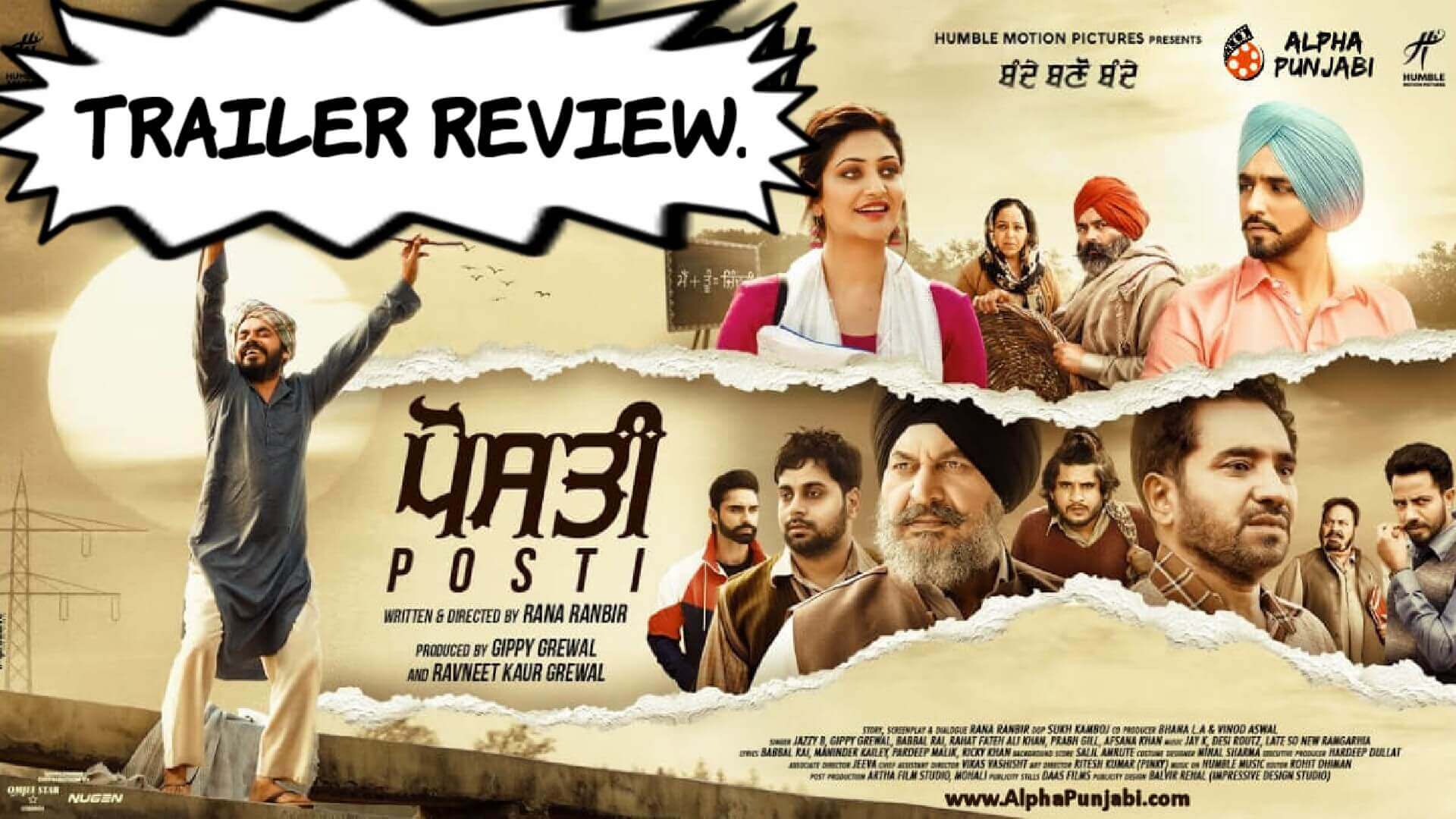 However, recently they are experimenting with new subjects and somewhat taking risks and as famous saying goes “Fortune favors Brave” Gippy grewal received tremendous response at Boxoffice where his mainstream movies were struggling.

One Such movie worth mentioning is Ardas, released in 2016 was written and directed by Gippy Grewal himself subsequently followed by second installment titled Ardaas Karaan released last year 2019.

While these both movies were able to bring out important social issues, next in line set for release on 20 March (changed, to be announced) is titled Posti.

Talking about title, Posti is name loosely given to addict of opium or poppy husk. Written and directed by Rana ranbir, or sure this movie is going to talk about drug abuse in Punjab. Further it appears from trailer Posti will be based on circumstances forcing individuals to become drug addict and situations and problems faced by people attached to drug addicts.

Although Trailer is shorter than usually released movie trailers which is done intentionally as not to reveal movie details and also not to evoke any undesirable controversy.